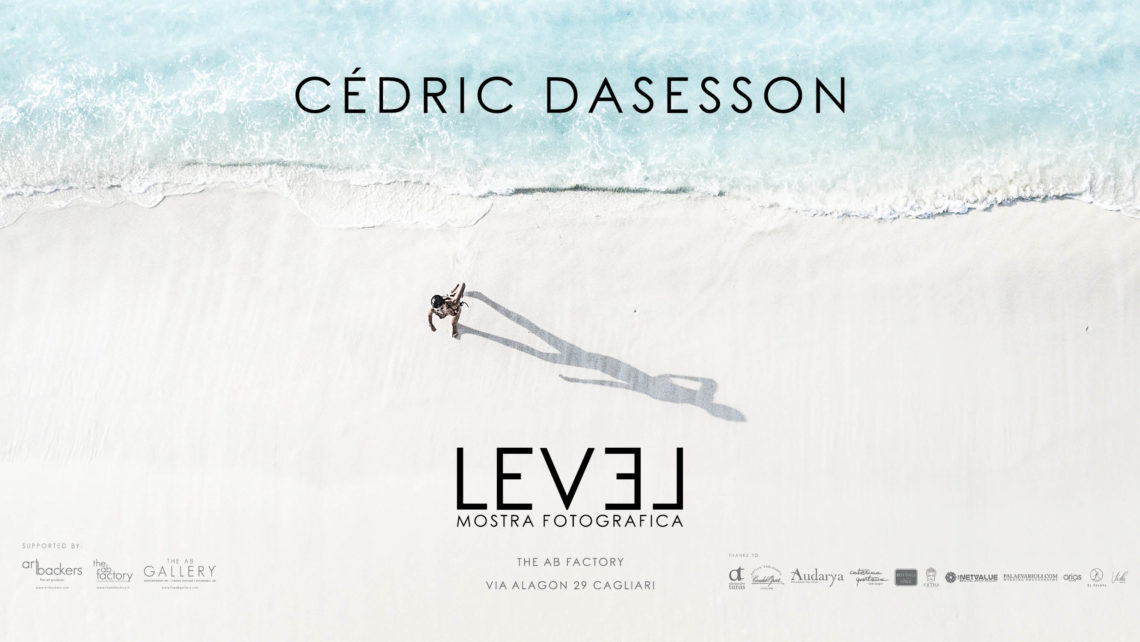 Art Backers and the art gallert The AB Factory are proud to introducw “LEVEL”, the first italian photographic exhibition of Cédric Dasesson.

Cédric Dasesson is one of the few photographers, with a hundreds of thousands followers, able to rediscover the absolute synthesis between the nature of the universal marine landscape and the “emerged” lines of contemporary architecture.

A careful selection of works that intervene in interpreting interpretations of his naturalistic and inner visions, explored and told for cognitive “levels”, many to allow a personalization for each of his collectors.

They are not photographs or snapshots that capture the moment, but taken careful, slow, preceded by long studies “introspective” in search of variable natural geometries that represent, for a fraction of a second, the extraordinary balance in the motions combined with each other water, air and light, in the levels of the underwater, of the surface, above and in elevation, where man and nature can coexist in absolute harmony.

The works of Cedric Dasesson find a meaning from the submerged level to the emergence of water and land, in search of interpretive lines to represent those unique, exclusive, perfect” natural conditions “almost as if they were drawn with geometric Cartesian coordinates”, writes Roberto Concas, the  art historian

LEVEL will open on December 1, 2017 and will be open until January 31, 2018 March 11, 2018 (extension closing exhibition) in Cagliari, at the gallery The AB Factory, Via Alagon 29, and will continue afterwords to Milan and Rome.

The VERNISSAGE of the first of December, will be as a unique custom tradition, whose theme, deliberately in full contrast with the Christmas period, will feature an evocative and evocative setting for a warm Christmas 2017.

The evening will be liven up by the soft clothes of Violabypullover ,the precious stoles of  Caterina Quartana Textile Designer, the jewelleries ofAntica Orologeria Candido Operti and the glasses of Arias eyewear together with  the hairdressing from the La Bottega dello Stile.

Futhermore, the wine tasting from Audarya, the cocktails of FRIDA, the finger food if the chef Alessandro Taras and the DJ set by Nostal Chic, the photographies of Pala & Varioli Wedding Photography and the installations of XL Events.

Exhibition extended till 11th of May 2018 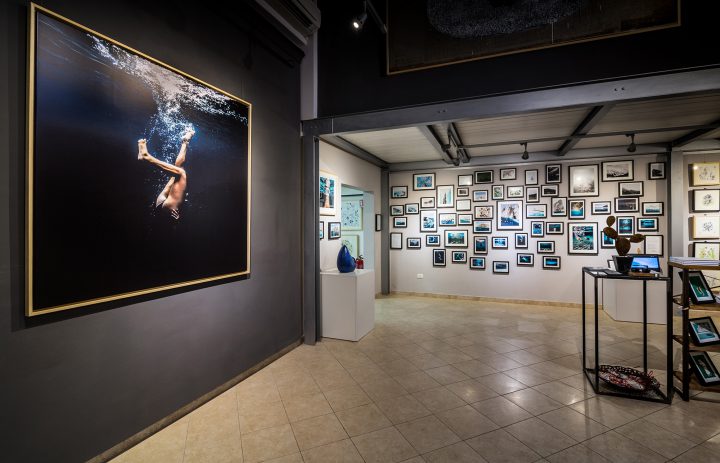 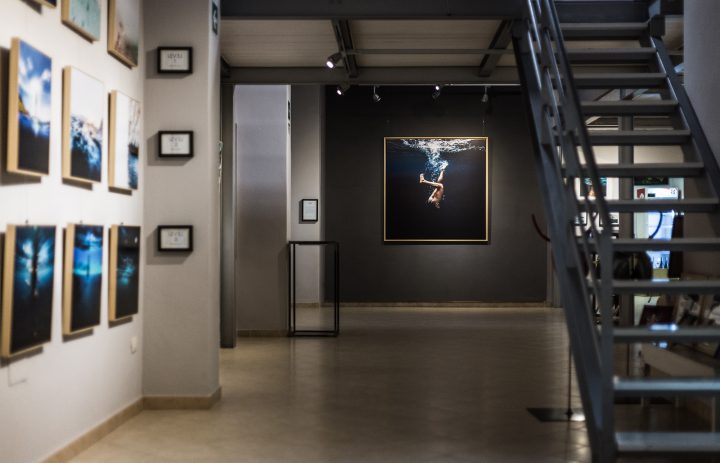 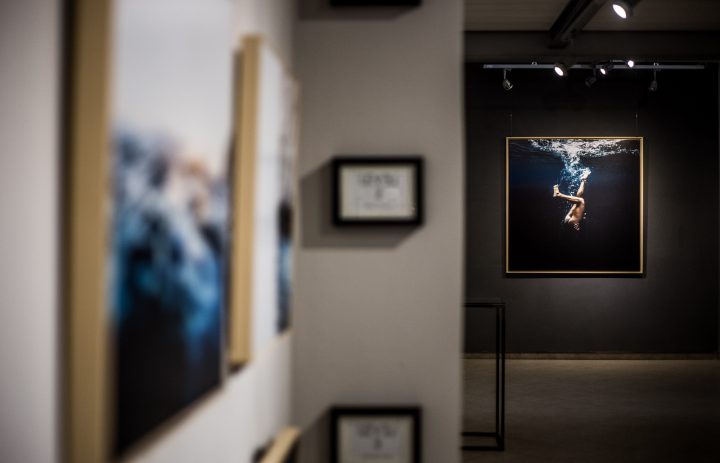 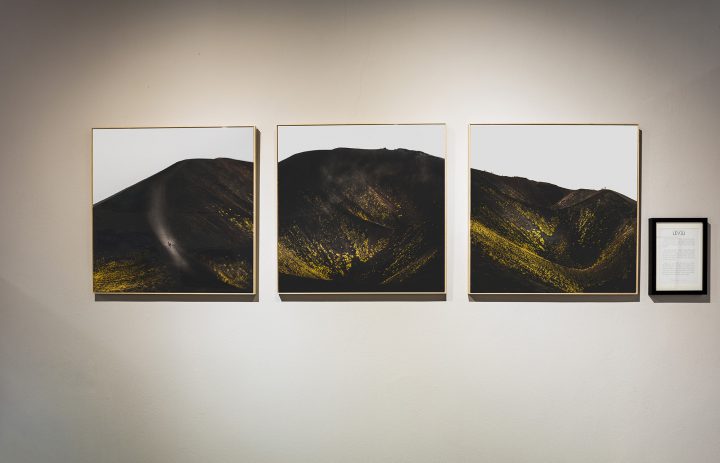 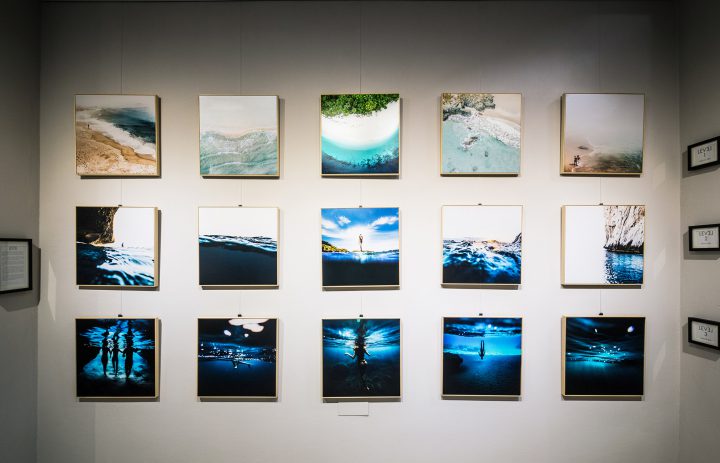 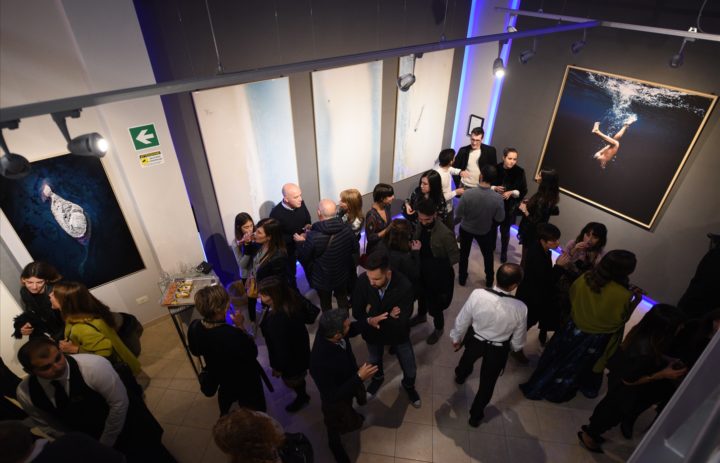 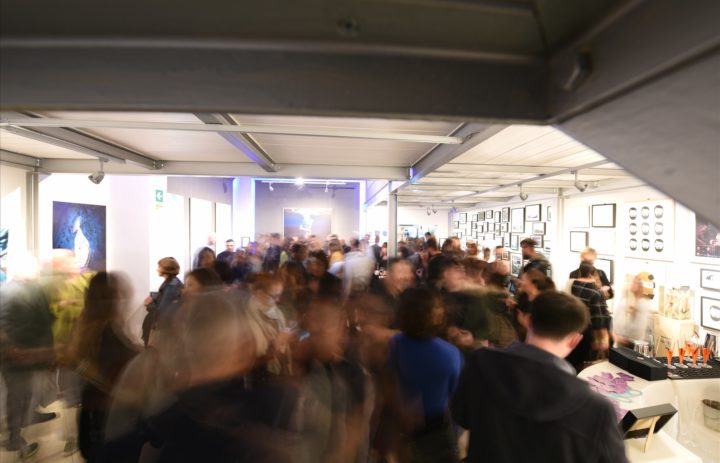 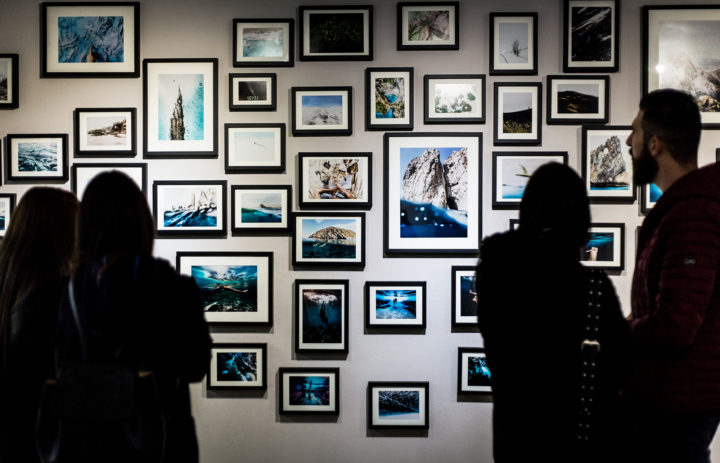 The exhibition’s choice and the editorial one of Cédric Dasesson’s works follows the so-called “Natural Order of Things”, that is the condition of absolute synthesis and harmony, between nature and man, from which to start an ordered, comprehensible as well as elaborate story.

Cédric’s works are like “variations on the theme” for visions and introspections from different points where, changing the order of factors the artistic “message” does not change in the three levels of knowledge: Under SEA, Sea Level and Above Sea.

From the submerged level to the emergence of water and land in search of interpretive lines to represent those unique, exclusive, perfect “natural conditions” almost as if they were drawn with geometrical Cartesian coordinates.

The selected images are single works and each one would require a detailed interpretation, stylistic, artistic. However, the temptation to “read” them as a whole becomes very natural, consequential, instinctive, exciting.

The formal thought, the continuity and the stylistic coherence of Cédric’s photographic works can be found in the extraordinarily exclusive interpretations of the colors and the infinite architectural compositions of the seascapes.

Cédric does not fear, in his images, to offer the sensations of the “already known”, as happened in the great works of art of Renaissance artists, baroque, vedutists and divisionists, it is precisely “the deception” that counts, what allows to the viewer to overcome the initial threshold of “distrust” and then to pause the time necessary to “understand”, interpret, open to knowledge, experience, to universal beauty.

In fact, once this threshold has been exceeded, immediately in the vision of Cédric Dasesson’s works, for the viewer, there are openings of knowledge that have remained unexplored and that lead to investigate that unique photographic ensemble, composed of feelings, sensations, thought, form, color, lines , matter, balance and movement.

Over 80 photographs on display, on paper and on aluminum.

A project by: Andrea Concas – founder of Art Backers / The AB Gallery

“The choice to produce Cédric Dasseson’s first exhibition in Italy was not particularly difficult, it was enough” to read “his works more carefully to appreciate the quality and the absolute compositional rigor that makes it a refined interpreter of” collective imaginaries “followed, moreover, by hundreds of thousands of followers” 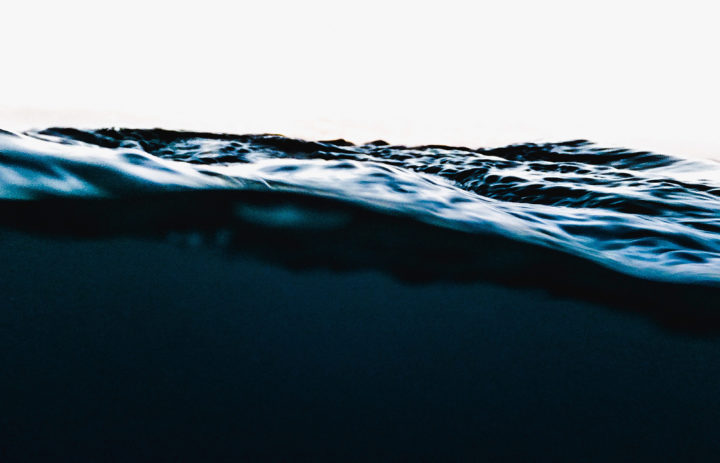 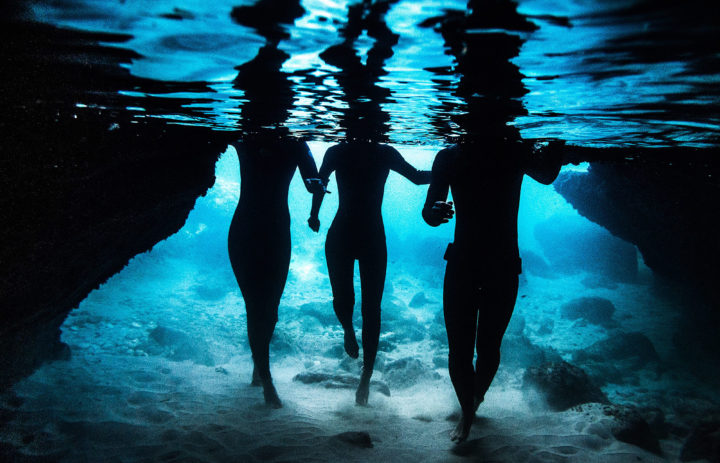 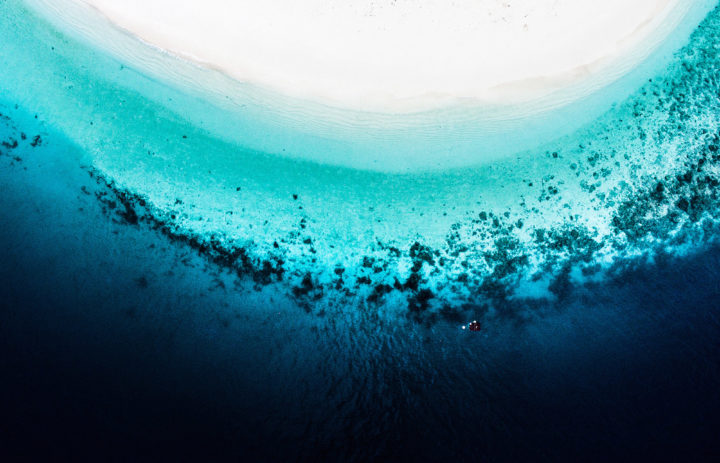 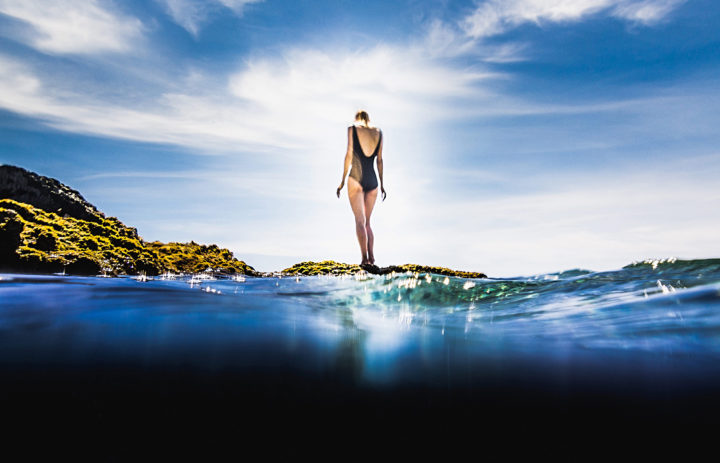 Cédric Dasesson is one of the few international photographers, able to rediscover the absolute synthesis between the nature of the universal marine landscape and the “emerged” lines of the lands as well as of contemporary architecture.
His shots explore imaginary lines and curves that emerge from the seabed surface, rise up to observe the lines of the horizon, descend to the shoreline, lapping the coast to climb again on the cliffs to peak.
Dasesson, with a following of hundreds of thousands of followers, is a refined interpreter of “collective imaginaries”, where environment, man and nature coexist in absolute balance and harmony, while his images “patinate”, avidly sought after by the finest magazines worldwide , mark the infinite boundaries of a shared universality.
There are no photographs or snapshots that capture the moment, but taken careful, slow, preceded by long studies “introspective-cognitive” in search of variable natural geometries that represent, for a fraction of a second, the extraordinary balance in the motions combined with each other of water, air and light, in the levels of the underwater, of the surface and above in elevation, where man and nature can coexist in absolute harmony.
Cédric Dasesson “draws”, in his images, elaborate “levels” of seemingly simple interpretation in the use, almost familiar, but vice versa as “naturally”, very complex, so that, every time you look at his images, you discover something of “never seen”. 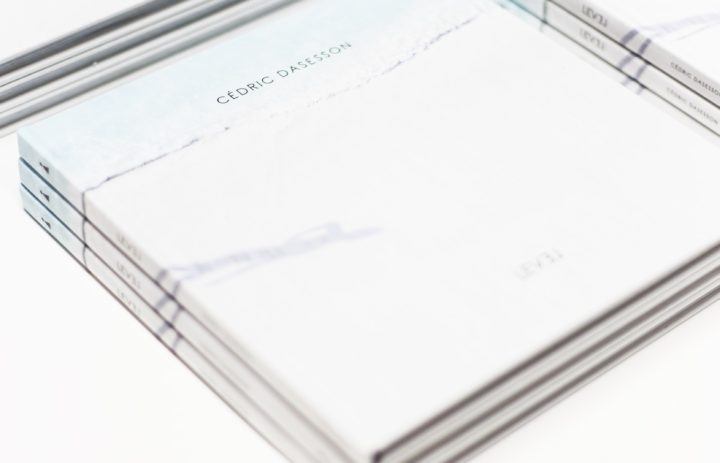 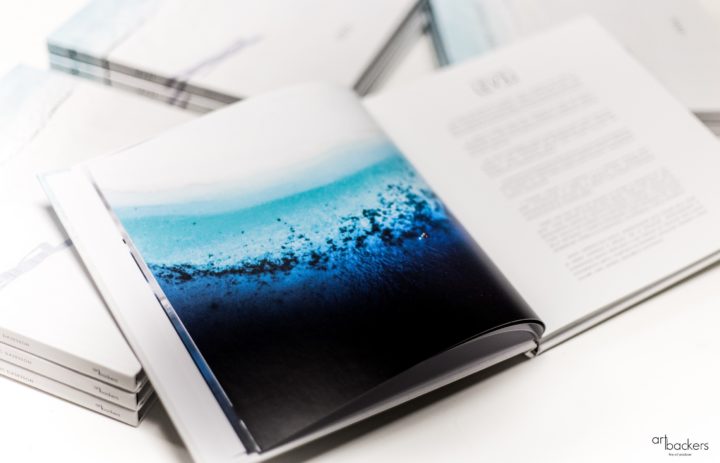 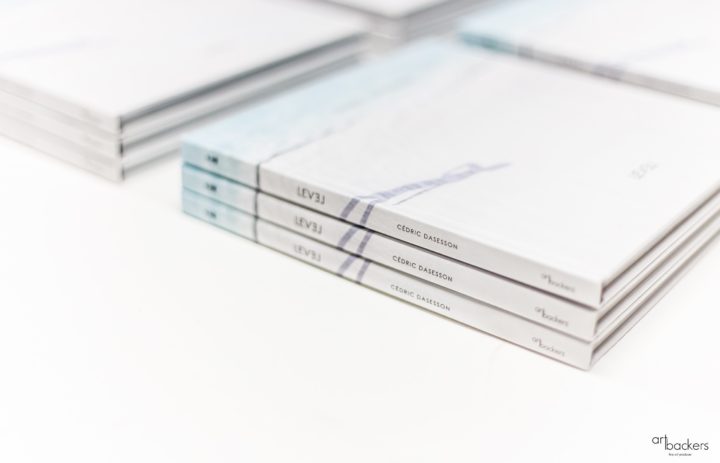 To have more info: